Trending
Return to Fordham University
You are at:Home»Cyber Security Awareness Month Tip»Tip #5 When in Doubt, Throw it out!

Suspicious and misleading links and emails can lead to the compromise of your machine and your online accounts. Beware of sketchy links, uncharacteristic emails from people you know that contain attachments, and online advertisements. By taking extra care in examining these thing you can prevent malware and viruses from being installed on your device as well as prevent your email account from being compromised.

Some example of suspicious emails can be seen below:

Be wary of emails claiming to come from vendors and companies. “Attackers” try to mimic the style and format of many of these messages in order to catch victims off guard, but there are several things to look for. 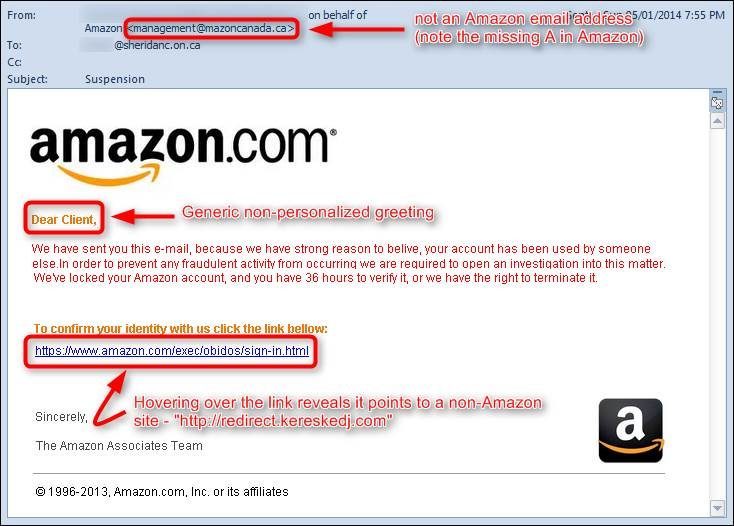 Also be careful of email scams promising you large amounts of money. These are some of the more known and easier to spot email scams. Emails containing links such as the ones seen above are often how cyber-criminals attempt to gain access to your computer or mobile device. If it sounds too good to be true, it’s safer to throw it out. If you know the sender personally, contact them directly as they may be compromised. If appropriate, mark the message as “spam” or “junk mail” so that future messages from the sender do not end up in your inbox.